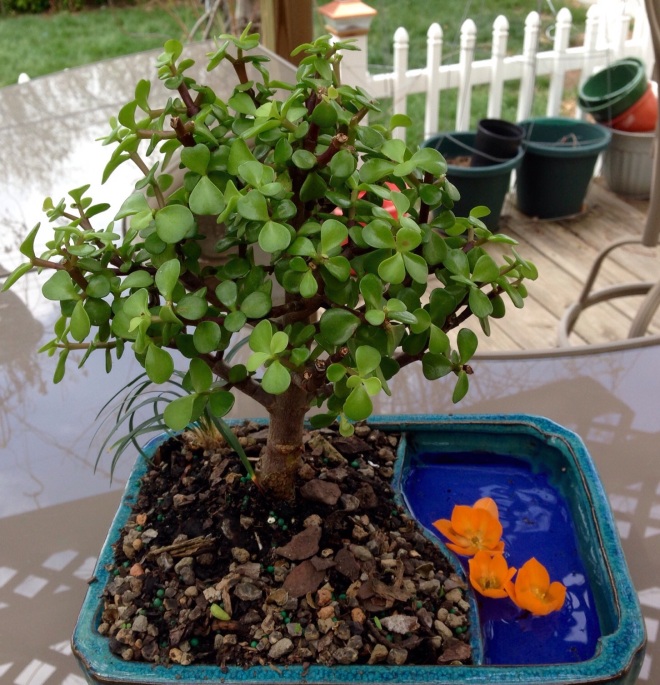 This bonsai jade plant came to live with me about a week ago.

The owner was not sure how to take care of it as it was a gift. The poor tree came to me with hard impacted soil in many many dead leaves. 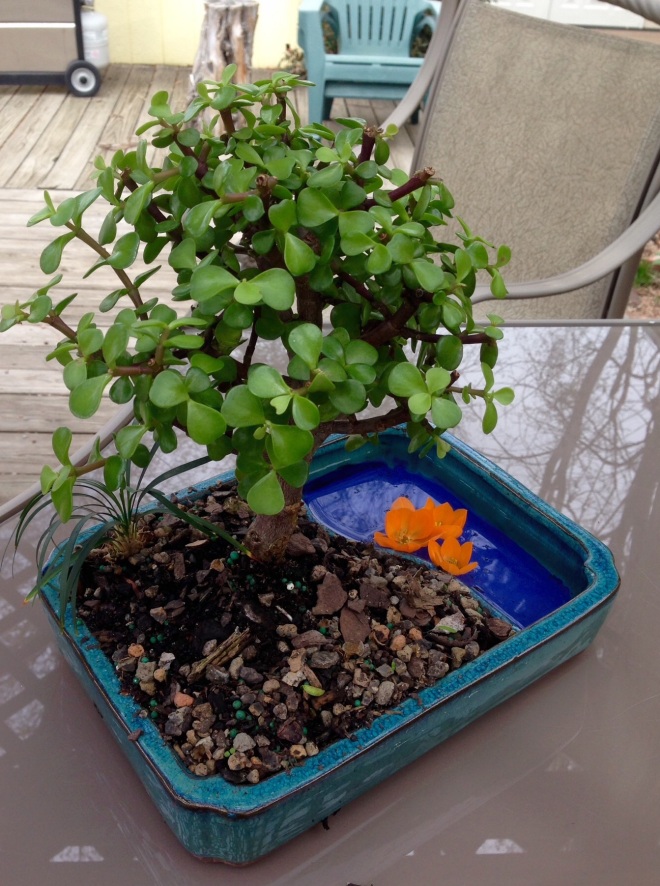 After just a week it already looks much better cleaning away the dead leaves and trimming off some overgrowth. 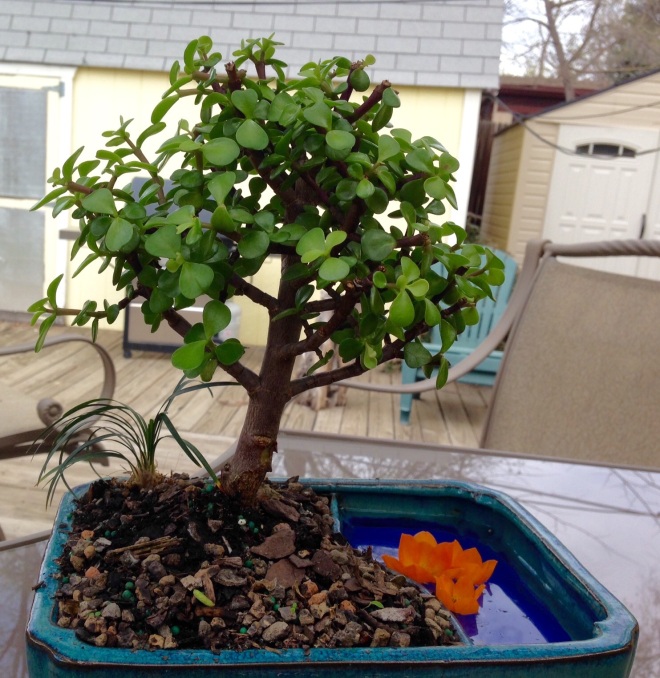 I didn’t think the poor little companion bush was going to make it but it looks like he is going to pull through. There are signs that there was once two bushes and now only one is left.   It also appears there was some kind of moss on a portion of the hill and I’m hoping that it will come back too.