Found Henry!  The ladies in the dog rescue group are used to seeing me every Saturday checking out the puppies.  This Saturday they made sure I checked out their sweetest puppy.  When they told me his rescue name was Sam it was an instant connection.

Henry’s mother was found extremely pregnant in Tijuana Mexico.  The day after she arrived in Colorado she gave birth to nine puppies but was so starved two did not survive.

Henry is a German Shepherd Boxer mix.   They are sure his mom was a Boxer and his other features are German Shepherd.  Half of his siblings had a different father and had short wirey coats. 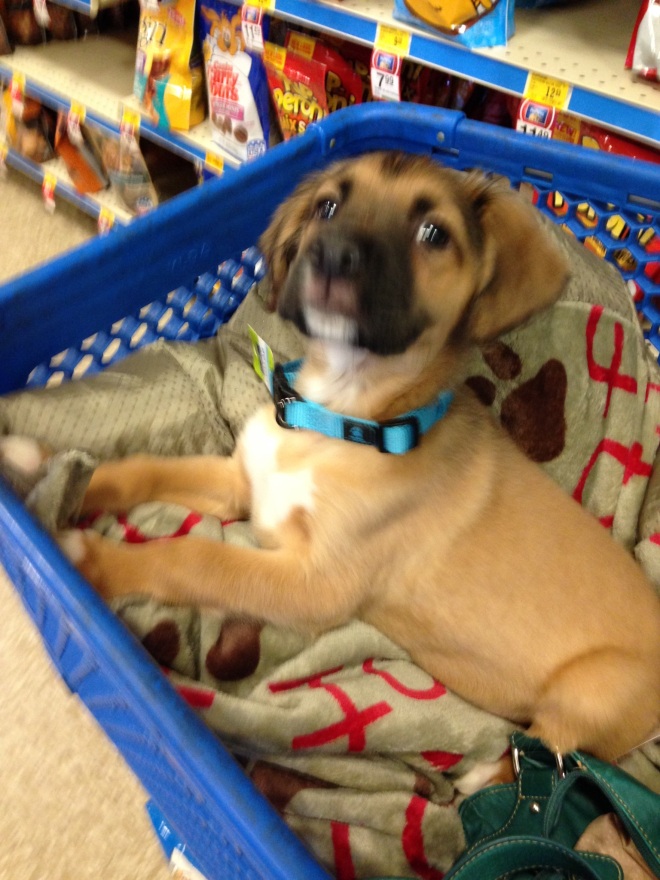 Henry lounging on his new bed at the pet store. 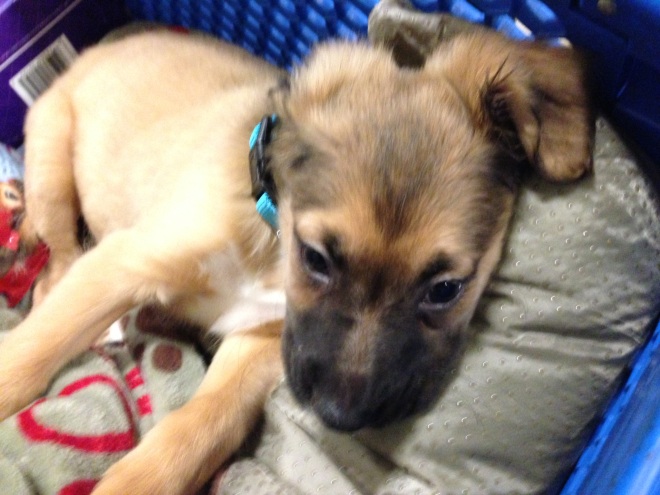 Henry tuckered out after shopping for his stuff and surprises for his new brothers.

And the instant connection to th name Sam?  My brother’s name is Sam, I briefly thought maybe my brother could change his name but he has had it for almost 60 years….  So Sam the dog is now known as Henry.