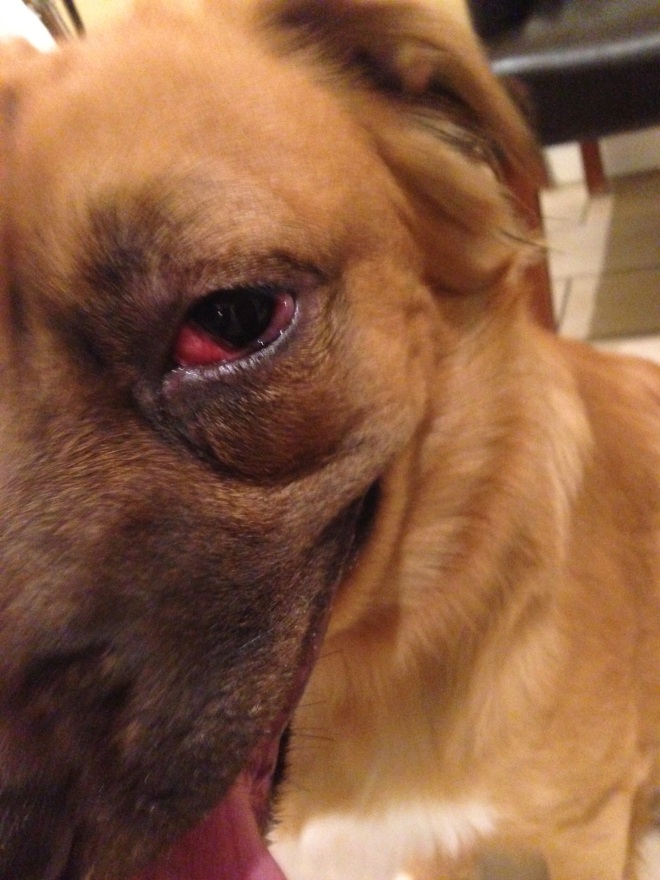 Henry here with a guest post about my first emergency vet visit.

I am a rescue. They don’t know much about me but my dog Mom was rescued too and she definitely had a lot of Boxer in her.

Turns out no scratch on my eye, looks like a bug bite, likely a stupid wasp which Monty has taught me to chase and try to eat.

They gave up and gave me a large cone of shame and wished my human Mom good luck with getting it on me 😈.

Roscoe and Monty are excited because the emergency vet prescribed Benadryl for the swelling and they think it’ll make me sleep and pester them less.

The real reason I went to the emergency vet was because I heard human Mom say it was time for me to get something called neutered which sounds horrible.  Roscoe and Monty actually have been extra tolerant of me because of neutering in my future.  Now Mom says I used my neutering money for an emergency and neutering will be postponed until next month which is my birthday month….   Happy birthday to me?