I am alone in this Jeep in Arvada, Colorado and one of the things I do to amuse myself is write Haiku.

Here is one on the our first snow fall last night:

I am alone in this Jeep and one of the things I do to amuse myself is write Haiku.

Here is another one on loneliness and watching the seasons change.

I am alone in this Jeep and one of the things I do to amuse myself is write Haiku.

Here is one on loneliness and watching the seasons change.

She truly lived in the moment. 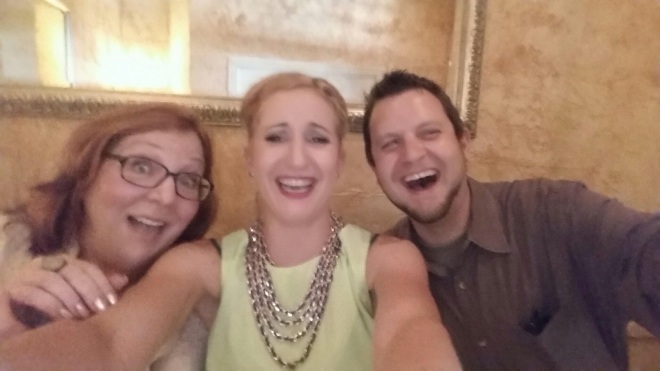 I received this selfie  last night and I have no clue who these people are.  I don’t know any of the people that were copied on it.

They look so happy I decided they needed a story.

They’ve known each other since first grade. They grew up in the small town of Lafayette Colorado, a suburb of Denver.   There was only one elementary school and their class was so small they went to first through six grade with the same kids each year.   The teachers always sat their students in alphabetical order, three kids to a long desk.   It was always Andrea, Josh, and Andrea at the first desk.   They became best friends.

The little town of Lafayette where they grew up had its first peach festival in 1999. Andrea, Andrea and Josh have been going to the peach festival every year since then.   It was a place their folks let them go when they were kids without supervision.

There are tons of vendors there and every year Andrea Anderson buys a new ring, Andrea Breeze buys a new necklace,  and Josh gets a barbecue turkey leg.

Even though the temperature this year was in the 90s, Josh was wearing his signature T-shirt and long sleeves.  His secret is that he’s got some tatoos he wishes he could get rid of it. He has one right at the base of his throat and many on each arm so he always wears a T-shirt and a long sleeve shirt.

Here is the inside of the van waiting for a donation couch.

Well what do you think?  Should I send them a link to this blog post and see who they really are?

Today’s Muse is John Marks who I met at the Cherry Blossom Festival.

John described himself as an expert  loiterer.  He loves hanging out at festivals and gatherings and meeting new people.

I could not believe it when John told me he was a happy 85 years young!

I am looking forward to hearing more of John’s adventures, we talked for almost 4 hours and it seemed like just a few minutes….

One of the most important things John and I discussed were things that made him so active and healthy at 85 years young.

Having a good attitude about all things in life.

Such as he feels it is important to see all people as equals.  The people in the crowd we were part of were all horizontal not vertical.  Everyone was equal and no person was above or below another.  With that attitude, among many other wonderful traits he exhibits, that is how he made it to a happy 85 years young! 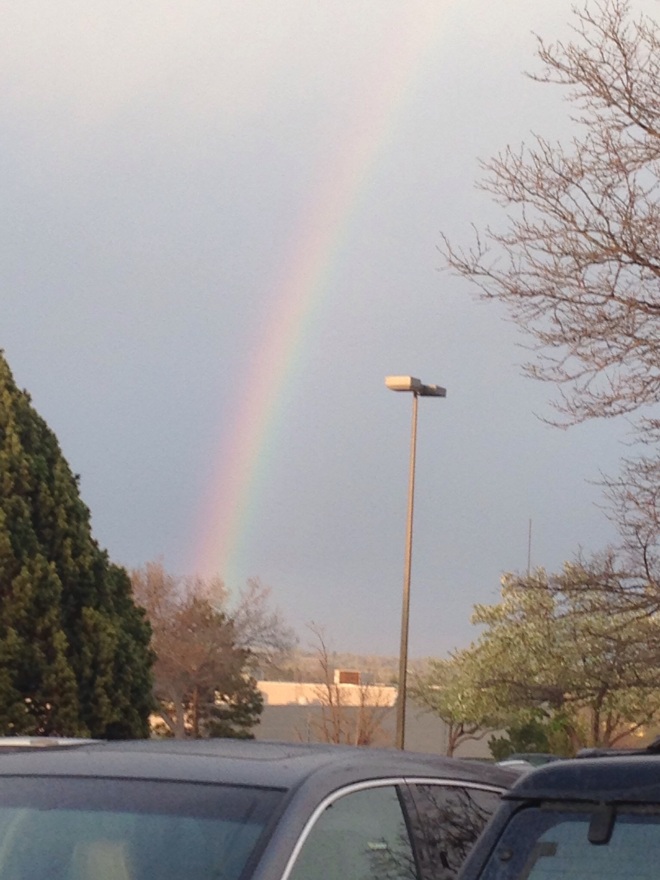 Spring has been struggling to make its appearance here in Colorado. What a great surprise to be greeted by the first rainbow of the season!

My hero and today’s Muse. 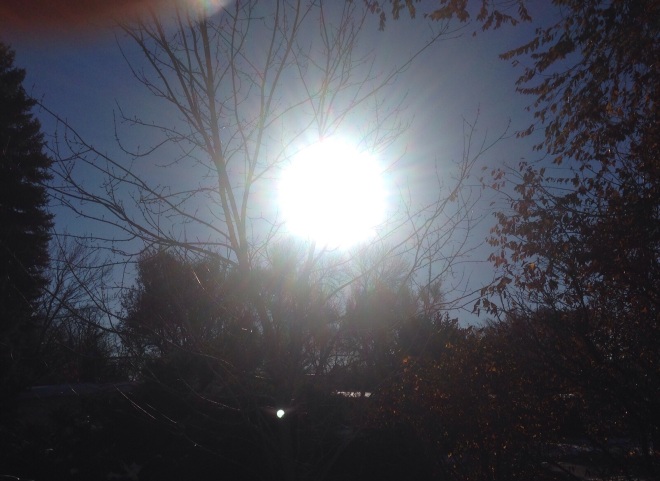 The weather and temperature here in Denver this last week has been more like the weather we experience the two weeks of the National Western Stock Show and Rodeo in January!  Snowy and frigid.

This morning I woke up to a sunny blue sky and the possibility of 50 degree weather.  My crankiness from yesterday replaced by lifted spirits.  I actually smiled to myself!

The sunny morning.  My hero and today’s Muse.

Updated below in italics….

Grace Motoyoshi’s is my brother-in-law’s mom.

When my sister Kris started dating Den I was a teenager. Kris was nine years older than me and everything about her was fascinating.  I was intrigued. I wanted to know everything about Den.  I would ride my bike to visit Den’s parents to find out more about him and his family.  I just recently found out that Den never knew about these visits.

I think Den’s parents found these visits somewhat alarming at first but then they became amused and resigned and just dealt with me – that teenage sister of their son’s latest girlfriend.

We didn’t have much in common me being at that  annoying age, a teenager who knew it all, I was probably not a lot of fun for them.  I bless them that they tolerated me and didn’t complain to Kris and Den about my visits.

They were thoughtful and knew a teenager would be hungry.  Grace would make me something real quick to eat.  Fried rice not like anything I had ever tasted because Grace had a secret ingredient she used.  Dashi dried soup stock!

Here is her recipe with a very few additions I have made along the years.

Heat some oil in a pan.  Here you can add some butter and/or some toasted sesame seed oil for extra umami (savory taste).  You can also and some onion or some minced or crushed garlic here and if you do cook for a bit. Then add your cold rice.  Stir occasionally until heated.  Sprinkle with dashi powder to taste.  Here you can also add soy sauce but be careful as dashi powder will also be salty and you will want to taste frequently.  Last add one egg per portion, this is quick fried rice so just crack the egg(s) over the pan in stir in.

The update which my brother-in-law Den reminded me about is fresh grated ginger.  As a teenager this was a step I was too lazy to undertake.  Ha!  This is the secret ingredient and explains why Grace’s fried rice always tasted better than mine!  Thank you Den!