This bonsai jade plant came to live with me about a week ago.

The owner was not sure how to take care of it as it was a gift. The poor tree came to me with hard impacted soil in many many dead leaves.

After just a week it already looks much better cleaning away the dead leaves and trimming off some overgrowth.

I didn’t think the poor little companion bush was going to make it but it looks like he is going to pull through. There are signs that there was once two bushes and now only one is left.   It also appears there was some kind of moss on a portion of the hill and I’m hoping that it will come back too.

Bonsai, living art displayed at the Hina Matsuri Festival.   Do you feel the cold wind sweeping across this tree?  Pulling it to one side day after day as it attempts to reach to the sky. 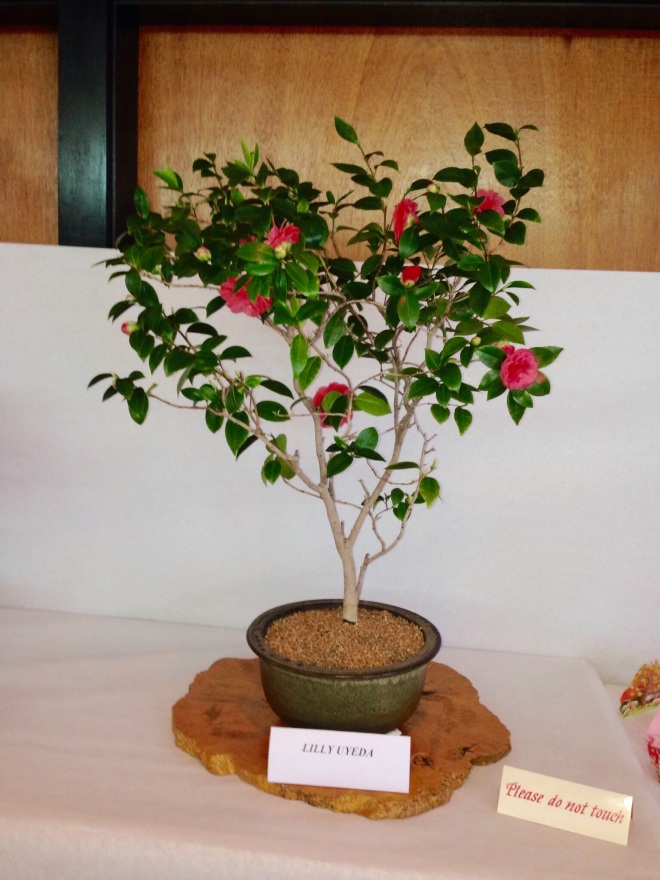 These plants growing in harmony with driftwood and rocks.

The display on the right is a grove of trees.  The roots are exposed in the neagiri style.  Perhaps they were caught in a flood or tsunami which washed the soil away and left the roots uncovered and only protected by nature.